In mechanical part drawings, vertical tolerances allow designers to specify the extent to which the orientation of right-angled part features may vary. Perpendicularity symbols are usually used on drawings to ensure that mating features can be assembled. 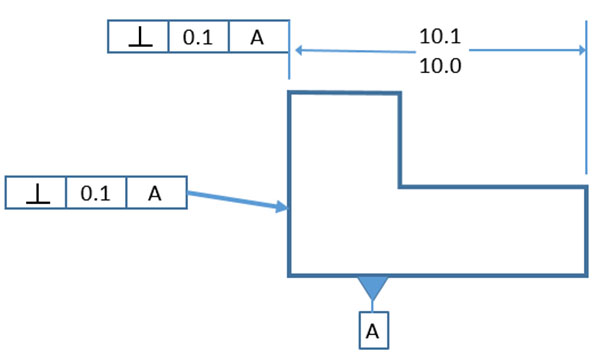 Axis control can also be called verticality, which is one of the more common forms of axis labeling. When it is a circular feature reference, the feature control frame will contain the diameter (Ø) symbol. The feature can be positive, such as a pin, or negative, such as a hole. 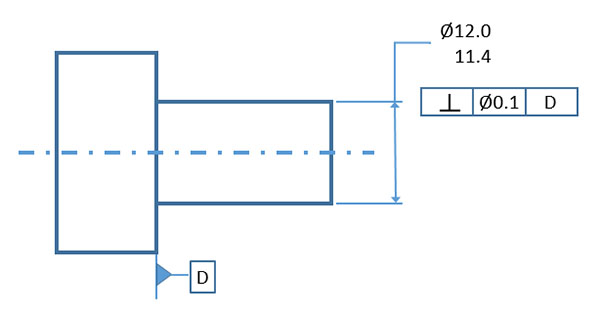 For the axis vertical dimension, we not only specify the perpendicularity, but also the diameter of the ideal cylinder in the tolerance zone. Therefore, the axis of the cylinder is perpendicular to the reference “D”.

The tolerance zone for surface perpendicularity consists of two parallel planes. The surface to be inspected must lie between the two planes to be approved. The feature control box controls the distance between two planes-the smaller the distance, the tighter the area.

As can be seen from the shape, this area does not directly control the angle between the two surfaces. Instead, it creates an area perpendicular to the reference plane and maintains the flatness of the vertical plane. 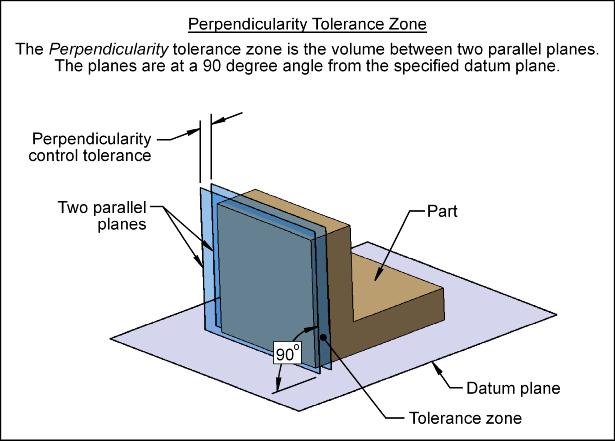 Shaft tolerance zone perpendicularity For shaft perpendicularity, the tolerance zone is cylindrical, and the feature control box contains a diameter symbol to indicate it. The area is created around a theoretical axis that is completely perpendicular to the reference element. All points on the actual axis of the feature must be within the area to be approved. This allows it to be designed as a negative (hole) or positive (pin) feature, and additional tolerances can be considered.

When comparing them with other GD&T annotations, both the surface and axis perpendicularity are relatively easy to measure.

An altimeter is required to measure the verticality of the surface. During the measurement process, the reference surface remains in contact with the plate.

The degree of freedom of the measuring tool (or part) is restricted by only allowing relative movement in the vertical direction. The deviation on the altimeter dial gives the verticality of the feature.

Axis perpendicularity is usually measured with custom-made meters. These meters are constructed with the characteristic virtual conditions in mind.

Axis perpendicularity is usually called in MMC to ensure a good fit in all situations. Additional tolerances also play a role in defining the range of dimensions that will pass the tolerance check.

Due to its simplicity and practicality, verticality is a very common notation in GD&T. Surface and axis perpendicularity are often used in engineering drawings to ensure the required perpendicularity.

In its surface form, verticality can control the plane and the curved surface. For example, it can ensure the verticality of the cylindrical surface relative to the bottom of the cylinder. It can also be used for center plane tolerances.

In its axis form, vertical can control the central axis of various front and back features. It is mainly used to ensure the verticality of the holes and pins to ensure that they fit perfectly in the assembly.