What should I do if the machining center mills too many burrs on aluminum alloy? When aluminum alloy is processed, burrs should be a problem that everyone has encountered. It not only reduces the processing accuracy of the workpiece, increases the processing cost, but also affects the performance of the workpiece. Usually, deburring is required, which is not only troublesome but also It may also damage the workpiece. So is there any better way to reduce or reduce the generation of burrs during processing? Today, I will share with you some experience in burrs control.

Burrs are the bristles that are formed around the processed parts on the part and are characterized by protruding molding surfaces. The burrs are usually produced on the edge of the cutting terminal of the processed material due to the plastic deformation of the material.

Its shape and size mainly depend on multiple factors such as the material of the workpiece and its end supporting stiffness, tool geometry, tool cutting trajectory, tool wear, cutting parameters, and the use of coolant.

Why Need To Deburr?

The presence of burrs will cause the processing, measurement or installation to lose accuracy, and affect the dimensional accuracy and form and position accuracy of the workpiece.

The hardening and shedding of burrs are the source of cracks and will reduce the service life of the workpiece.

It may cause injury to the production operator or the user of the machine.

The presence or shedding of burrs may cause electrical short circuits. If they fall into the sliding part, they will accelerate wear and cause accidents. 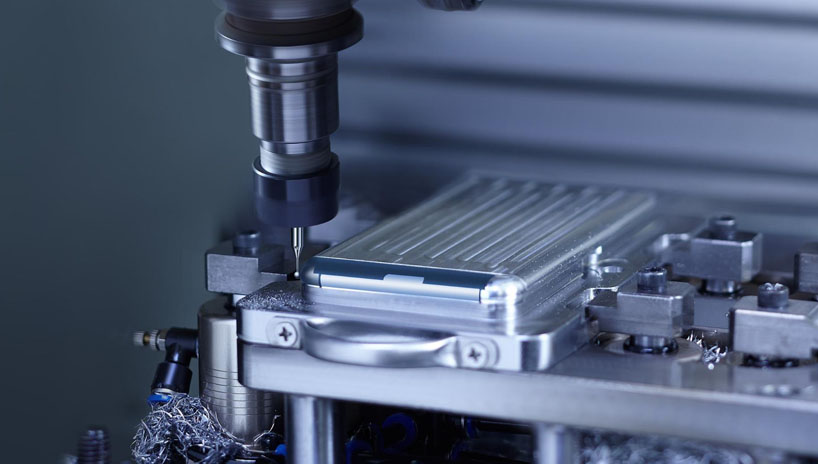 Some Experience In Controlling Burrs

The Choice Of Processing Method

When designing the process, try to choose a processing method that generates less burrs or is conducive to removing burrs.

For example, during cutting, the cutting edge should be placed at a position where the edge angle θ (the intersection angle of the two adjacent processing surfaces) of the part is larger, and the supporting rigidity of its end is better, which can effectively reduce or even completely Eliminate the generation of burrs.

Let me give you two more examples:

When milling the plane, if the end mill is used to machine the part plane, the cutting force generated by cutting perpendicular to the machining plane is large, so the burrs produced are also larger, and the use of cylindrical face milling cutter down milling can effectively reduce the generation of burrs.

In addition, even if the generation of burrs cannot be completely suppressed during processing, the cutting edge should be placed in a position where it is easy to remove burrs, so as to reduce the cost of subsequent removal of burrs.

The Choice Of Tools

Metal processing is realized by cutting off the processing part of the workpiece by the tool squeezing from elastic deformation-plastic deformation. The aluminum alloy material itself has better toughness and extension, and it is not easy to break chips, so the cutting edge of the tool must be sharp.

Sharp high-speed steel cutters, hard alloy cutters (aluminum cutters), and PCD cutters are all available. The purpose is to shorten the elastic deformation and plastic deformation time of the workpiece itself, and avoid burrs from tearing the processing parts of the parts.

But at the same time, tool wear has a great influence on the formation of burrs. If it is continuous mass production, it is also necessary to consider the wear resistance of the tool to keep the tool in a sharp state for a longer time. At this time, it is recommended to use a PCD tool. Special compound tools (compound milling cutters, compound drills, etc.) can also be used in the machining process. The burr generated by the previous tool can be removed by the next tool, which can control the generation of burrs while improving the processing quality.

For example: increase the rake angle of the tool, reduce the cutting thickness, adjust the cutting speed, etc., which can be adjusted according to the actual situation.

Tool exit is the main factor in the formation of burrs in the cutting direction. Under normal circumstances, the burr produced by the milling cutter when it is screwed out of the workpiece is relatively large, and the burr when it is screwed into the workpiece is relatively small. Therefore, the milling cutter should be avoided as much as possible during the machining process.

The picture on the left shows the traditional zigzag path. The shaded part in the picture indicates the part that may produce larger burrs in the cutting direction. The picture on the right uses an improved path of the knife, which can avoid the generation of cutting burrs. Although the path on the right is slightly longer than the path on the left, it takes slightly more time for milling, but because there is no additional deburring process, when combined, the path shown on the right is better in terms of controlling burrs. Follow the route shown on the left (all edges where the burr is located must be completed when deburring).

Use cutting fluid with good anti-adhesion performance to reduce tool wear, extend its service life, lubricate the milling process, and reduce the size of burrs.

using various attachments for auxiliary support and filling at the edge of the part processing. For example, when processing small holes in thin-walled pipe fittings, insert a mandrel into the part and take it out after drilling, which can avoid deformation of the part and reduce the generation of burrs in the hole.