The view of a part only represents the structural shape of the part. The size and relative position of its components, like the assembly, are determined according to the dimension values marked on the view.

The dimension on the part drawing is an important basis for processing and inspecting parts, and is one of the important contents of the part drawing. If the dimensions are wrong, it will bring trouble to the manufacturing of parts, and even cause production losses. The dimensions on the part drawing must be correct, complete, clear and reasonable. The rationality of dimensioning requires that the dimensions marked on the drawings not only conform to the design requirements of the parts, but also conform to the actual production, facilitate processing and measurement, and facilitate assembly. However, in order to achieve reasonable dimensioning, more knowledge of mechanical design and process is required. Here we only introduce some preliminary knowledge of reasonable dimensioning.

The starting point of dimension is called dimension datum (abbreviated as datum). Generally, the face (such as end face, bottom face, symmetry plane, etc.), line (such as axis), and point on the part are selected as the datum. There are two kinds of dimension datum on parts, namely design datum and process datum.

From the design point of view, some benchmarks selected to meet the specific requirements for the structure and performance of parts in machines or components are called design benchmarks. The design basis determines the location of parts on a machine or assembly.

From the perspective of processing technology, some benchmarks selected to facilitate the processing, measurement and assembly of parts are called process benchmarks.

In order to reduce the size error and ensure the product quality, it is better to unify the design datum and process datum when dimensioning. If it cannot be unified, the main dimensions shall be marked from the design basis.

Generally, the axis is selected as the radial dimension datum (the axis is both the design datum and the process datum), and the important shoulder surface or end face (the locating surface or the contact surface) is used as the dimension datum in the length direction. The main dimensions with design requirements must be marked directly from the datum, and the other dimensions are generally marked according to the processing sequence. The dimensions of standard structures (such as chamfer, undercut, keyway, etc.) shall be marked after referring to relevant manuals.

The fixing and positioning dimensions of disc cover parts are obvious. Generally, the dimension datum in the length direction is the main machining surface (generally the contact surface of the part), and the datum in the width and height direction is the axis of rotation or symmetrical plane. The locating circle diameter of holes distributed on the circumference is a typical locating dimension of such parts. 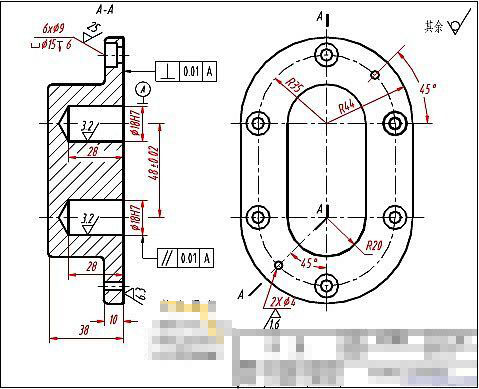 For box type parts, the important mounting surface, contact surface, symmetry surface of the box and important axis are usually selected as the dimension datum. The setting size and positioning size are generally marked according to the shape analysis method. For the parts on the box that need to be machined, the dimensions shall be marked as far as possible to facilitate machining and inspection. 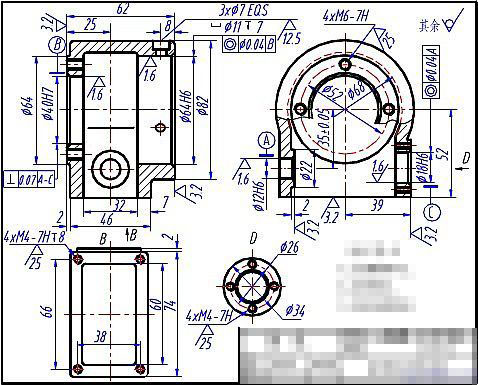 Important Dimensions Must Be Indicated Directly

Any part has dimensions in three directions: length, width and height (or radial and axial directions). According to the design requirements, there can only be one main datum in each direction. However, considering the convenience of processing and measuring parts, the dimensions of parts in a certain direction can not always be indicated from one datum. As required, several auxiliary datums can be selected. At this time, there must be a connecting dimension between the main datum and the auxiliary datum. 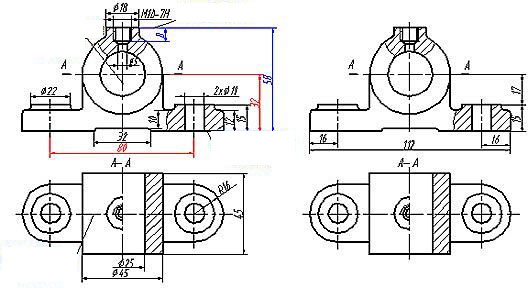