1. The dimensioning method of common structure

The dimensioning method of the chamfer 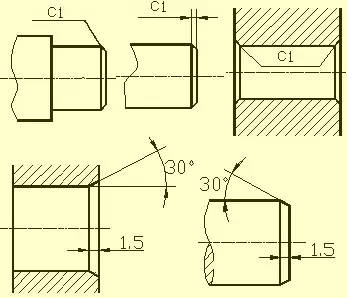 When parts are cut, in order to facilitate the withdrawal of the tool and ensure that the contact surfaces of the relevant parts are close during assembly, the undercut groove or the grinding wheel overtravel groove should be pre-machined at the step of the processed surface.

A blind hole drilled with a drill bit has a cone angle of 120° at the bottom. The drilling depth refers to the depth of the cylindrical part, excluding the cone pit. At the transition of the stepped drilling, there is also a cone angle of 120° round table, its drawing and size notation.

When drilling with a drill, it is required that the axis of the drill is as perpendicular to the end face of the drilled hole as possible to ensure the accuracy of the drilling and avoid the drill from breaking. The correct structure of the three drilling end faces. 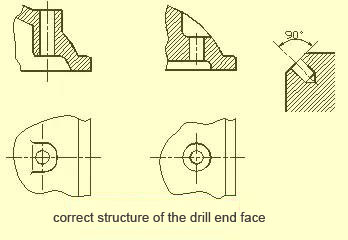 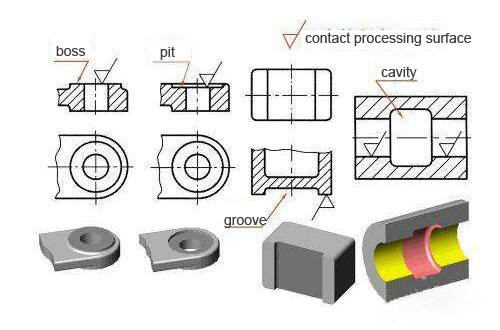 Such parts generally include shafts, bushings and other parts. When expressing the views, as long as you draw a basic view and add appropriate cross-sectional views and dimensions, you can express its main shape features and local structure. In order to facilitate the viewing of pictures during processing, the axis is generally placed horizontally for projection, and it is best to choose the position where the axis is the lateral vertical line.

When marking the size of bushing parts, its axis is often used as the radial size benchmark. From this, the Ф14 and Ф11 shown in the figure (see A-A section), etc. are noted. In this way, the design requirements and the process reference during processing (when the shaft parts are processed on the lathe, the center hole of the shaft is held by the thimble at both ends) is unified. The length direction datum often chooses important end faces, contact faces (shoulders) or machined faces. 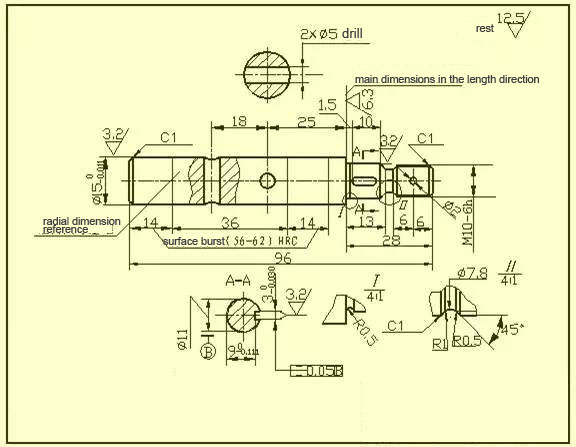 The right shoulder with a surface roughness of Ra6.3 as shown in the figure is selected as the main dimension reference in the length direction, and dimensions such as 13, 28, 1.5 and 26.5 are injected.

Then take the right shaft end as the auxiliary base in the length direction to mark the total shaft length 96.

The basic shape of this kind of parts is a flat disc, generally including end caps, valve caps, gears and other parts. Their main structure is basically a rotating body, usually with various shapes of flanges and uniformly distributed circular holes. And ribs and other local structures. When selecting a view, generally select the cross-sectional view of the symmetry plane or the axis of rotation as the front view, and also need to add appropriate other views (such as left view, right view or top view) to express the shape and uniform structure of the part. As shown in the figure, a left view is added to express a square flange with rounded corners and four evenly distributed through holes. 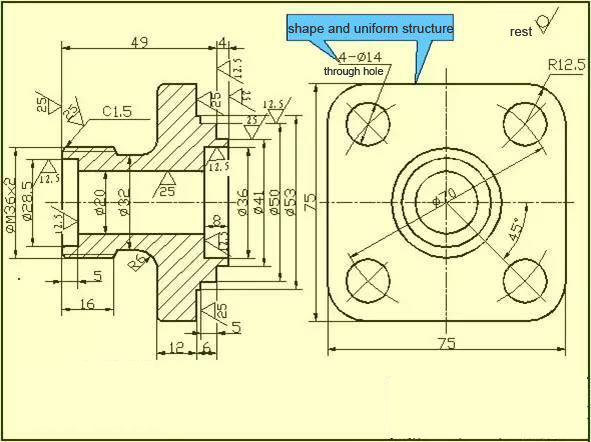 Such parts generally include forks, connecting rods, bearings and other parts. Due to their variable processing positions, when choosing the main view, the main consideration is the working position and shape characteristics. For the selection of other views, two or more basic views are often required, and appropriate local views, cross-sectional views, etc. must be used to express the local structure of the part. The view shown in the footrest parts drawing is refined and clear. The right view is not necessary for expressing the width of the bearing and ribs. For T-shaped ribs, the cross-section is more appropriate. 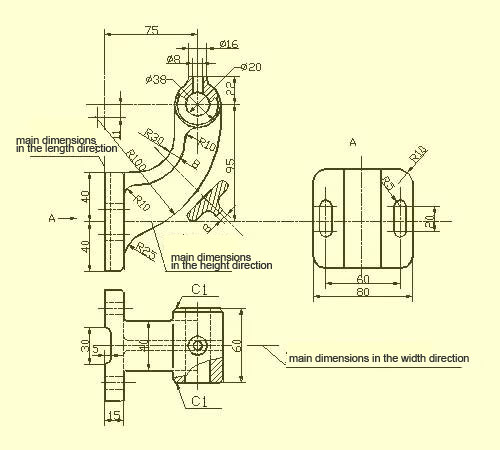 When marking the dimensions of fork bracket parts, the installation base surface or the symmetry plane of the part is usually selected as the dimension reference. Refer to the figure for the dimensioning method.

Generally speaking, the shape and structure of this type of parts are more complex than the previous three types of parts, and the processing position changes more. Such parts generally include valve body, pump body, reducer box and other parts. When choosing the main view, the working position and shape characteristics are mainly considered. When selecting other views, appropriate sectional views, cross-sections, partial views, and oblique views should be adopted according to the actual situation to clearly express the internal and external structure of the part. 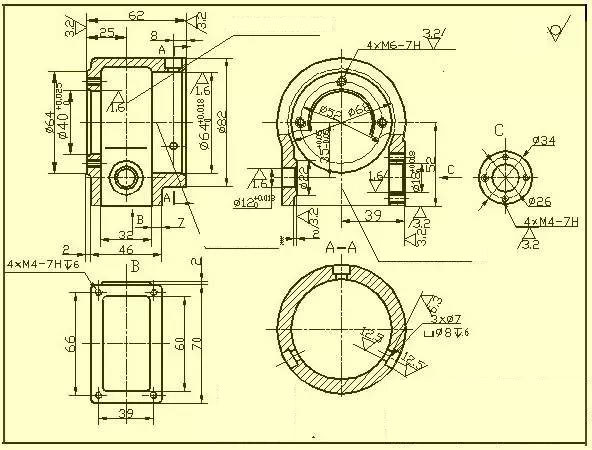 In terms of dimensioning, the axis, important installation surface, contact surface (or processing surface), and the symmetry surface (width, length) of some main structures of the box are usually selected as the dimensional reference. For the parts on the box that need to be cut, the dimensions should be marked as far as possible to facilitate processing and inspection.

The surface roughness of parts is also a technical index for evaluating the surface quality of parts. It has an impact on the mating properties, working accuracy, wear resistance, corrosion resistance, airtightness and appearance of the parts.

The code, symbol and mark of surface roughness

Within the sampling length, the arithmetic mean of the absolute value of the contour offset.

Note: The Ra parameter is preferred when using it.

1) The surface roughness code (symbol) should generally be noted on the visible contour line, the boundary line or their extension, and the tip of the symbol must point from the outside of the material to the surface.

2) The direction of the numbers and symbols in the surface roughness code must be marked as required. 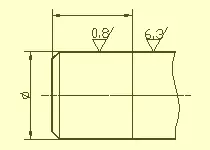 When the tooth (tooth) shape is not drawn on the working surface of gears, threads, etc., the surface roughness code (symbol) notation method is shown in the figure. 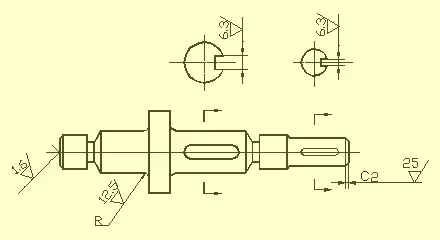 When the parts need to be partially heat-treated or partially plated (coated), thick dotted lines should be used to draw the range and mark the corresponding dimensions. The requirements can also be written on the horizontal line of the long side of the surface roughness symbol. 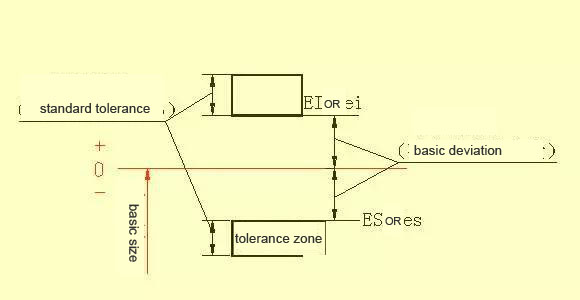 The basic deviation and standard tolerance have the following calculation formulas according to the definition of dimensional tolerance: