CNC machining is a series of subtractive manufacturing techniques that use a computer-controlled process to manufacture parts by removing material from larger blocks. Since each cutting operation is controlled by a computer, multiple processing stations can manufacture parts based on the same design file at the same time, enabling high-precision end-use parts with extremely strict tolerances. CNC machines are also capable of cutting along multiple axes, allowing manufacturers to create complex shapes with relative ease. Although CNC machining is used in almost every industry in the manufacturing industry, it is a relatively new development in production methods.

CNC machine tools have a long history. Since the early days of automation, the technology has come a long way. Automation uses cams or perforated paper cards to help or guide the movement of tools. Today, this process is widely used to manufacture complex and sophisticated medical equipment components, aerospace components, high-performance electric motorcycle components, and many other cutting-edge applications. The following is a brief history of how the technology has evolved over time: 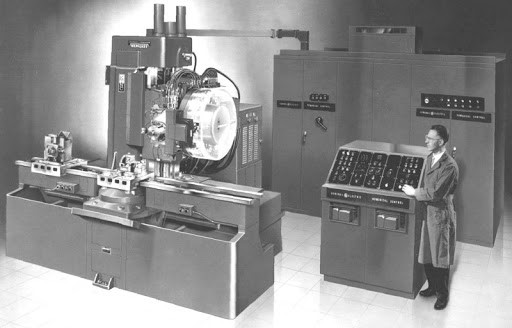 The History Of CNC Machining

Early CNC machines in the 1940s and 1950s used punched tape, which was often used for telecommunications and data storage at the time. This technology is replaced by analog computing technology.

The world’s first electronic computer was born in 1946. 6 years later, in 1952, computer technology was applied to machine tools, and the first CNC machine tool was born in the United States. Since then, traditional machine tools have undergone qualitative changes.

In 1948, Parsons Corporation of the United States accepted the commission of the United States Air Force to develop processing equipment for prototypes of aircraft propeller blade profiles. Due to the complex shapes of the template and the high precision requirements, it is difficult to adapt to the general processing equipment, so the idea of computer-controlled machine tools was proposed.

In 1949, with the assistance of the MIT Servo Mechanism Research Office, the company began to research on CNC machine tools. In 1952, it successfully tested the first three-coordinate CNC milling machine converted from a large vertical profiling milling machine. It began formal production and was officially put into use in 1957. This is a major breakthrough in the development of manufacturing technology, marking the beginning of the era of CNC machining in the manufacturing field.

In 1968, Parsons received the first Joseph Mary Jacquard Memorial Award from the American CNC Association. In 1975, the Society of Manufacturing Engineers awarded him an honorary plaque, naming Parsons the “Father of the Second Industrial Revolution.” 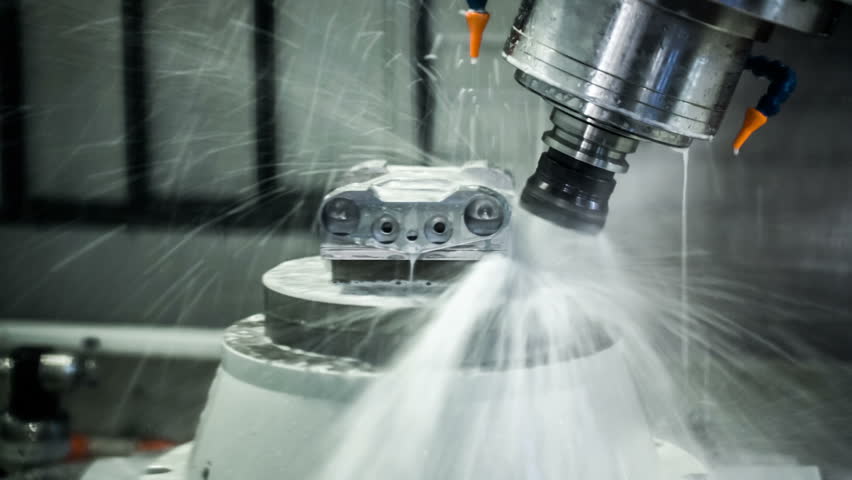 The development of CNC machine tools is unique. From simple machines controlled by punch cards to software-driven machines are mysterious. Due to evolution, CNC machining has become faster, more precise, and more accurate than NC and the first CNC machine.

The current development trend of CNC technology has the following aspects:

To improve the processing efficiency, the cutting speed and feed rate must be increased first, and the processing time must be shortened. To ensure the processing quality, the accuracy of the machine tool components must be improved, and reliability is the basic guarantee for the above goals. To this end, a high-performance numerical control device must be guaranteed.

In order to adapt to the development of manufacturing automation, to provide basic equipment for FMC, FMS and CIMS, the CNC system is required not only to complete the usual processing functions, but also to have automatic measurement, automatic loading and unloading, automatic tool change, automatic replacement of the spindle head (sometimes with Coordinate transformation), automatic error compensation, automatic diagnosis, line entry and networking functions, especially according to the different requirements of users, can be easily and flexibly configured and integrated.

5.The development trend of the system structure: openness.

In order to meet the requirements of CNC line entry, networking, popularization, multi-variety, small batch, flexibility and rapid development of CNC, the most important development trend is the openness of the architecture, and the design and production of open CNC systems.