For mechanical machining, the concept of similarity is fatal. If a product that looks similar is used in combination with other products, the defects will continue to magnify, causing the processing quality of the factory to fail to meet the high-end precision manufacturing requirements. We all know that the problem of workpiece deformation in machining centers is more difficult to solve, so we must first analyze the reasons for the deformation, and then take countermeasures.

1. The material and structure of the workpiece affect the deformation

The amount of deformation is proportional to the complexity of the shape, aspect ratio and wall thickness, and proportional to the rigidity and stability of the material. Therefore, the influence of these factors on the deformation of the workpiece is reduced as much as possible when designing parts. Especially in the structure of large parts, the structure should be reasonable. Before processing, it is necessary to strictly control the defects such as the hardness and porosity of the blank to ensure the quality of the blank and reduce the deformation of the workpiece. 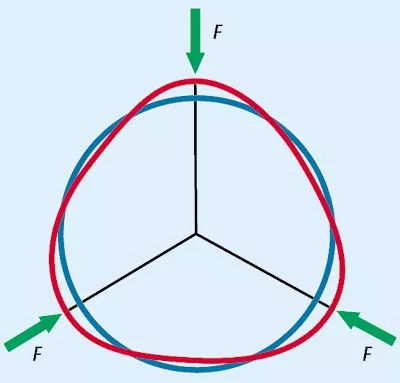 Increase the contact area between the workpiece and the fixture or use the axial clamping force.

Increasing the rigidity of the parts is an effective way to solve the clamping deformation, but due to the characteristics of the shape and structure of the thin-walled parts, it has a lower rigidity. In this way, under the action of clamping force, deformation will occur.

Enlarging the contact area between the workpiece and the fixture can effectively reduce the deformation of the workpiece during clamping.

For example, when milling thin-walled parts, a large number of elastic pressing plates are used to increase the force area of the contact parts; when turning the inner diameter and outer circle of the thin-walled sleeve, whether it is a simple split transition ring or an elastic mandrel , Full-arc jaws, etc., are used to increase the contact area when the workpiece is clamped. This method is conducive to bearing the clamping force, thereby avoiding the deformation of the parts.

The design and manufacture of special fixtures can make the clamping force act on the end surface, which can solve the bending deformation of the workpiece due to the thin wall and poor rigidity of the workpiece.

3. The deformation caused by the processing of the workpiece

Due to the cutting force during the cutting process, the workpiece produces elastic deformation in the direction of the force, which is what we often call the phenomenon of giving up the knife. Corresponding measures should be taken on the tool to deal with this kind of deformation. The tool must be sharp during finishing. On the one hand, it can reduce the resistance caused by the friction between the tool and the workpiece, and on the other hand, it can improve the heat dissipation capacity of the tool when cutting the workpiece, thereby reducing the workpiece. The residual internal stress. 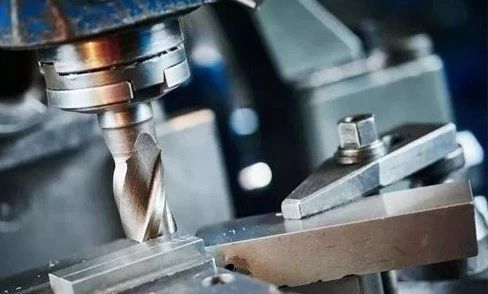 For example, when milling large planes of thin-walled parts, single-edge milling is used. 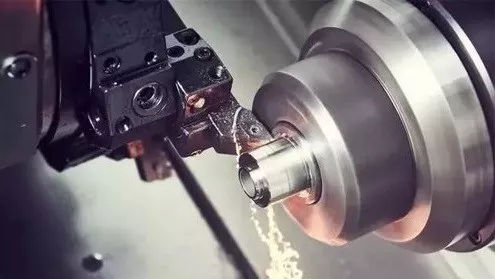 The heat generated by the friction between the tool and the workpiece will also deform the workpiece during processing, so high-speed cutting is often selected.

In high-speed machining, since the chips are removed in a relatively short time, most of the cutting heat is taken away by the chips, reducing the thermal deformation of the workpiece; secondly, in high-speed machining, the softening of the cutting layer material is also reduced. It can reduce the deformation of parts processing and help ensure the accuracy of the size and shape of the parts. In addition, the cutting fluid is mainly used to reduce friction during the cutting process and lower the cutting temperature. The rational use of cutting fluid plays an important role in improving the durability of the tool, the quality of the processed surface, and the accuracy of the processing. Therefore, in order to prevent parts from deforming, sufficient cutting fluid must be used reasonably.

The use of reasonable cutting amount in processing is a key factor to ensure the accuracy of parts.

When processing thin-walled parts with high precision requirements, symmetrical processing is generally adopted to balance the stresses generated on the two opposite sides to a stable state, and the workpiece is smooth after processing. However, when a large amount of knife is taken in a certain process, the workpiece will be deformed due to the loss of balance between tensile stress and compressive stress.

4. Stress and deformation after processing

To solve this kind of deformation, heat treatment can be used to stack the workpiece to be straightened to a certain height, use a certain tooling to compact it into a straight state, and then put the tooling and the workpiece into the heating furnace together. Choose according to the different materials of the parts. Different heating temperature and heating time.

After hot straightening, the internal organization of the workpiece is stable. At this time, the workpiece not only has a higher straightness, but also the work hardening phenomenon is eliminated, which is more convenient for further finishing of the parts. Castings should be aging treatment, try to eliminate internal residual stress, and use the method of deforming and then processing, that is, rough processing-aging-reprocessing.

In summary, for easily deformable workpieces, corresponding countermeasures must be adopted in the blank and processing technology. It is necessary to analyze different situations and find a suitable process route. Of course, the above method only further reduces the deformation of the workpiece. If you want to obtain a more precise workpiece, you still need to continue learning, discussion and research.