(3) Easy To Vibrate And Deform

Under the action of cutting force (especially radial cutting force), vibration and deformation are prone to occur, which affect the dimensional accuracy, shape, position accuracy and surface roughness of the workpiece. 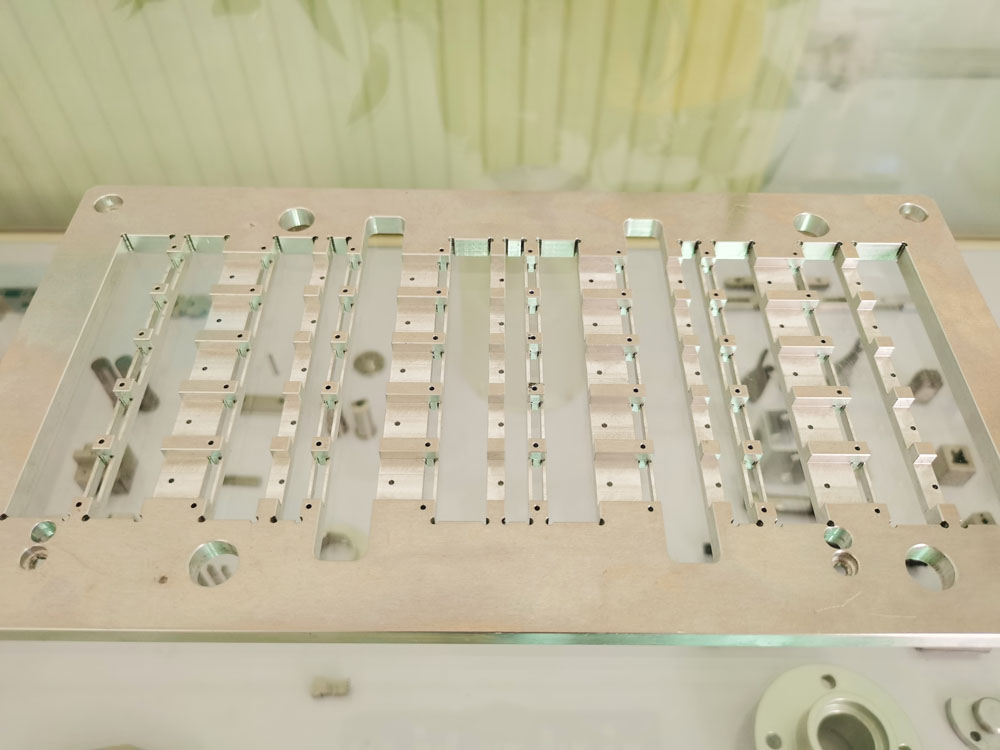 How To Improve The Machining Accuracy Of Thin-Walled Parts

In order to improve the qualification rate of products, we comprehensively consider the workpiece clamping, tool geometric parameters, programming and other aspects. Practice has proved that the accuracy of the parts is effectively improved and the quality of the product is guaranteed.

1. Use The Overall Rigidity Of The Parts To Process Thin-walled Parts

As the wall thickness of the part decreases, its rigidity decreases and processing deformation increases. Therefore, in the cutting process, use the unprocessed part of the part as much as possible as the support of the cutting part, so that the cutting process is in a state of better rigidity. Such as: cavity parts with webs in the cavity. During processing, the milling cutter is driven from the middle of the blank in a spiral manner to reduce the pressure of the vertical component force on the webs, milling to the size in the depth direction, and then from the middle to the Extend all around to the side wall. When the depth of the inner cavity is large, it is processed in multiple layers according to the above method. This method can effectively reduce the cutting deformation and its influence, and reduce the cutting vibration that may occur due to the reduced rigidity.

For the processing of thin-walled cavity parts, the key problem is to solve the deformation caused by the clamping force. To this end, a tyre (rubber tyre or dura tyre) can be added in the cavity to increase the rigidity of the parts and suppress the deformation of the parts; or use paraffin wax, low melting point alloy filling method and other process methods to strengthen the support. Achieve the purpose of reducing deformation and improving accuracy.

For thin-walled parts, adding process ribs to enhance rigidity is one of the commonly used methods in process design.

4. Symmetrical Layered Milling, So That The Stress is Uniformly Released

The initial residual stress of the blank is released symmetrically, which can effectively reduce the machining deformation of the part. For the plate parts that need to be processed on both sides of the thickness, the principle of equal removal of the upper and lower sides is adopted, and the processing is carried out in turn, that is, the δ margin is removed on the upper plane.

Turn it over and remove the δ margin on the other side. The principle of successively decreasing margins is adopted during processing. The more the number of turns, the more thorough the stress is released and the smaller the deformation of the workpiece after processing.

5. Optimization Of The Cutting Method Of The Tool 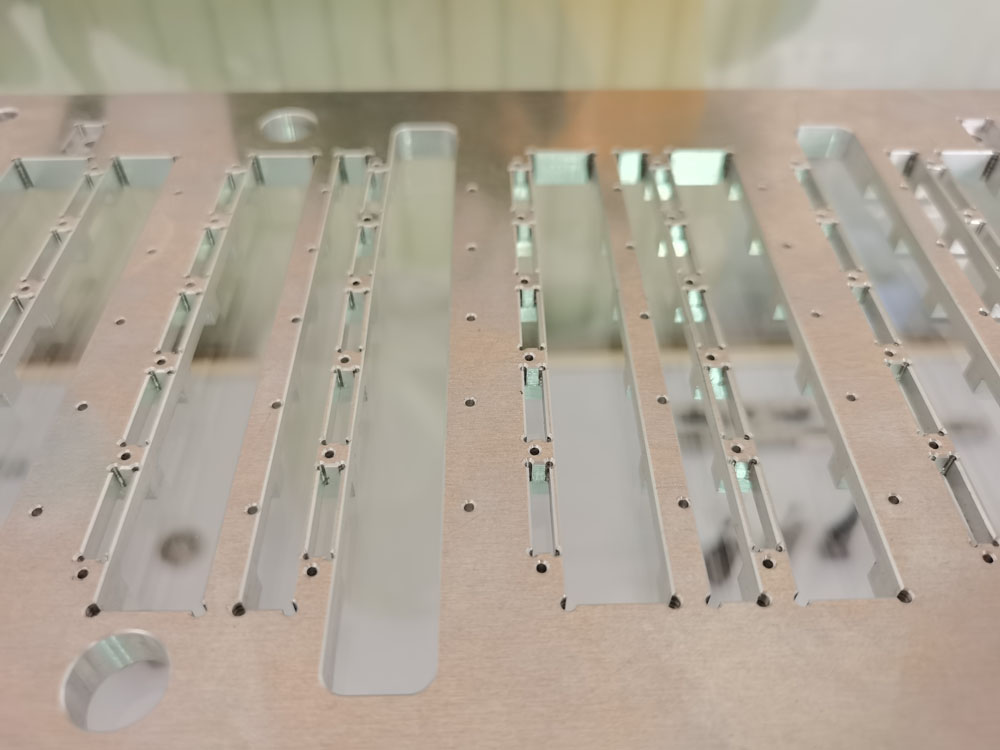 With the popularization and application of CNC machine tools, many measures to control the deformation of thin-walled parts can be solidified with programs to avoid quality differences due to different operators. For thin-walled parts with higher precision, CNC high-speed machining can be used to control deformation. High-speed machining adopts the method of “small depth of cut, fast cutting”, so that when the tool is rotating at high speed, the workpiece will be softened at the moment of contact with the workpiece, and the chips will become chip-like, the cutting force will drop rapidly, and the machining will become very light and fast; at the same time The cutting heat is quickly taken away in the first time, so that the surface of the workpiece is basically kept at room temperature, thereby eliminating the deformation of the parts caused by processing.

Thin-walled parts are easily deformed due to stress release during the machining process. The process is often separated from roughing and finishing, and stress relief treatment is carried out after roughing, that is, rough machining-stress relief heat treatment-finishing Process. For severely deformed high-precision parts, semi-finish machining must be arranged and stress relief must be performed many times. In addition, measures such as vibration to eliminate stress and cryogenic treatment to relieve stress have good effects, but their application scope needs to be further promoted.

8. Reasonably Choose The Method Of Workpiece Positioning And Clamping

In order to control the processing deformation, in addition to the optimization of the process method, it is also necessary to select the workpiece clamping method reasonably to reduce the influence of the clamping force on the deformation.