Tools can be divided into five categories according to the form of the workpiece surface:

In addition, there are combined tools.

According to the cutting motion mode and the corresponding blade shape, cutting tools can be divided into three categories:

■ Forming tools. The cutting edge of this type of tool has the same or close to the same shape as the section of the workpiece to be processed, such as forming turning tools, forming planers, forming milling cutters, broaches, conical reamers and various thread processing tools, etc.;

The clamping part of the tool has two types: with hole and with shank. Hole cutters rely on the inner hole to be sleeved on the main shaft or mandrel of the machine tool, and transmit torsion moments with the aid of axial keys or face keys, such as cylindrical milling cutters, sleeve face milling cutters, etc. 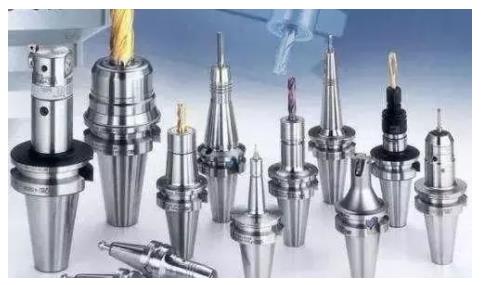 Turning tools, planers, etc. are generally rectangular shanks, tapered shanks rely on taper to bear axial thrust and transmit torque by friction, cylindrical shanks are generally suitable for smaller twist drills, end mills and other tools. The friction force generated transmits the torsion moment. The shank of many shank tools is made of low-alloy steel, while the working part is made of high-speed steel butt-welded two parts.