2. What is an abrasive tool? What is the composition of the grinding wheel? What factors determine its performance?

All tools used for grinding, grinding and polishing are collectively referred to as abrasive tools, most of which are made of abrasives and binders.

Grinding wheels are composed of abrasive grains, binders and pores (sometimes without), and their performance is mainly determined by factors such as abrasives, particle size, binders, hardness and organization.

3. What are the types of abrasives?

The abrasive is directly responsible for the cutting work, and should have high hardness, heat resistance and certain toughness, and should be able to form sharp edges and corners when broken. At present, there are three types of abrasives commonly used in production: oxide series, carbide series and high-hard abrasive series. Commonly used abrasives are white corundum, zirconium corundum, cubic boron carbide, synthetic diamond, cubic boron nitride, etc. 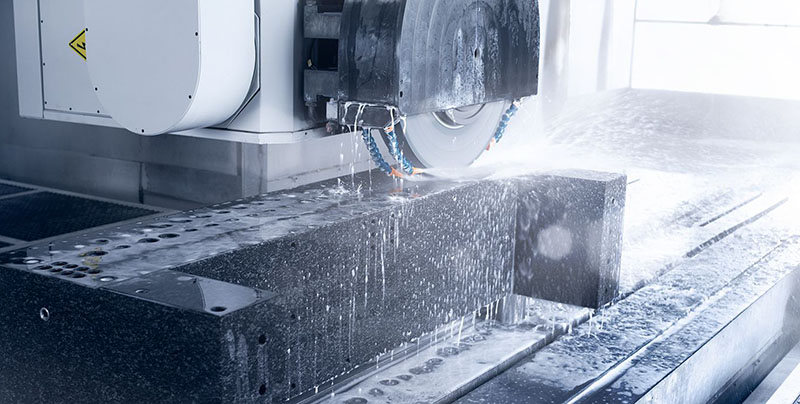 4. What are the forms of grinding motion in cylindrical and surface grinding?

5. Briefly describe the grinding process of a single abrasive particle.

The grinding process of a single abrasive grain is roughly divided into three stages: sliding, scoring and cutting.

(3) Cutting stage: When the intrusion depth increases to a critical value, the cut layer obviously slips along the shear surface under the extrusion of abrasive particles, forming chips to flow out along the rake face, which is called the cutting stage.

Compared with ordinary grinding, high-speed grinding has the following characteristics:

(1) Under the condition that all other parameters are kept constant, only increasing the speed of the grinding wheel will lead to a reduction in the cutting thickness and correspondingly reduce the cutting force acting on each abrasive particle.

(2) If the workpiece speed is increased in proportion to the grinding wheel speed, the cutting thickness can remain unchanged. In this case, the cutting force acting on each abrasive grain and the resultant grinding force do not change. The biggest advantage of this is that the material removal rate increases proportionally with the same grinding force.

7. What is precision grinding?

Precision grinding refers to selecting a fine-grained grinding wheel on a precision grinding machine, and by finely dressing the grinding wheel, the abrasive grains have micro-edge and contour properties. After grinding, the grinding surface left by the ground is ground. The traces are extremely fine and the residual height is extremely small. In addition to the effect of the non-spark grinding stage, a surface grinding method with a machining accuracy of 1 to 0.1 mm and a surface roughness of Ra of 0.2 to 0.025 mm is obtained.

(1) The abrasive of the grinding wheel used in precision grinding is based on the principle of being easy to generate and maintain the micro-edge and its contour.

(2) Grinding wheel particle size: From the geometrical factor alone, the finer the grinding wheel particle size, the smaller the surface roughness value of grinding. However, when the abrasive particles are too fine, not only will the grinding wheel be easily blocked by abrasive debris, but if the thermal conductivity is not good, it will cause burns and other phenomena on the machined surface, which will increase the surface roughness value. .

8. What is ultra-precision grinding?

Ultra-precision grinding refers to a grinding wheel grinding method with a machining accuracy of less than 0.1mm and a surface roughness of less than Ra0.025mm. Processing of materials and hard and brittle materials such as ceramics and glass.

(2) The cutting depth of the abrasive grain cutting edge gradually increases from zero, and then gradually decreases to zero after reaching the maximum value.

(4) In ultra-precision grinding, micro-cutting action, plastic flow, elastic destruction action and sliding action appear in sequence according to the change of cutting conditions. When the blade is sharp and has a certain grinding depth, the micro-cutting effect is strong; if the blade is not sharp enough, or the grinding depth is too shallow, plastic flow, elastic damage and sliding will occur.

(1) Ultra-precision grinding is a systematic project.

(2) Superabrasive grinding wheel is the main tool for ultra-precision grinding.

(3) Ultra-precision grinding is a kind of ultra-micro cutting process.

(1) Grinding of metal materials such as steel and its alloys, especially hardened steel that has been treated by quenching.